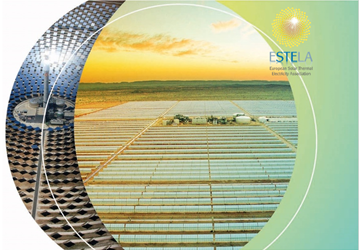 HORIZON-STE is a Horizon2020 funded project aiming at supporting the Implementation of the Initiative for Global Leadership in Solar Thermal Electricity (STE), also known as Concentrated Solar Power (CSP), which was launched by the European Commission and adopted within the Strategic Energy Technology Plan (SET Plan) of the European Commission.

For more than a decade, Europe´s Solar Thermal Electricity sector has become a worldwide technology leader. But the further deployment has been hindered in Europe since 2013 mostly due to retroactive changes in the investment conditions in Spain. To unlock this situation, the European Commission launched a dedicated initiative – Initiative for Global Leadership in Concentrated Solar Power – focusing on 2 targets: a cost reduction target and an innovation target, in order to keep STE/CSP´s global technology leadership and rebuild a home market in Europe.

Since Research and Innovation (R&I) are essential to achieve these two targets, and a lack of public funding for R&I on STE/CSP has become a great barrier in recent years, a study has been performed in HORIZON-STE about possibilities to implement a European Joint Funding Programme, which could be the way to channelize the public funding from all the European countries willing to support STE/CSP technologies. The results from this study must be discussed with STE/CSP stakeholders to achieve a consensus about options.

Taking also into account that the new EU-SOLARIS ERIC will have a significant impact on the use of the European CST research infrastructures in the medium-long term, this webinar has been organized with three objectives: